Global Diversity Practice are delighted to welcome two new members to our Advisory Board. Nick and Clive will provide GDP with guidance and strategic feedback as we enter 2015 and tackle new challenges, new projects and work on a number of exciting ventures. We are incredibly grateful for their assistance and look forward to working with them both to continue delivering excellence in Diversity and Inclusion.

“We are delighted to welcome Nick and Clive to the Global Diversity Practice Advisory Board. Both will bring a fresh perspective and a real depth of experience which will add tremendous value to the Advisory Board. All board members are committed to supporting Farrah and the GDP team in the coming months so that the GDP team can, in turn, make a real difference to the diversity and inclusion of GDP’s client organisations”.
– Wendy Cartwright, Chair of the GDP Advisory Board 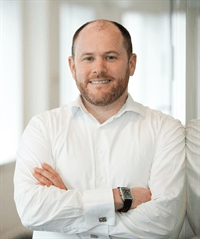 Nicholas started his career in field sales on the United Biscuits graduate program, before joining the company’s university recruiting team in 1997. He moved to Korn/Ferry in 1999, where he spent four years identifying and attracting executives to leadership roles for consumer products and media companies.

In 2003 he started an MBA with concentration in marketing at London Business School, during which time he also worked as an organisation and communications consultant. On graduation in 2005 Nicholas joined Google, where he established and led technical graduate recruiting in EMEA, helped create and implement the regional employer brand strategy, and worked on key diversity and engagement initiatives.

In 2009, he joined the Strategic Talent team at Thomson Reuters. Based in London, he heads up global work on the company’s Employee Value Proposition, bringing this to life internally and communicating it externally. Nicholas also focuses on the company’s ability to identify, attract and engage the top technologists who shape Thomson Reuters critical and future technologies. 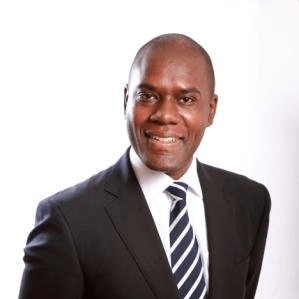 Clive Lewis is a former HR Director and a leading senior HR professional. Much of his work is as a consultant, workplace mediator, trainer and coach. He also works as a senior interim HR professional.He is an ex-Kingfisher and Dixons executive. He is the UK’s most published writer on the topic of mediation in the workplace and is a Fellow of the CIPD. He has mediated and facilitated hundreds of situations and supports customers with cases ranging from one to one first level fall outs and change programmes up to high level multi party complex disputes. Each year he helps hundreds of professionals prepare for and have difficult conversations.

Clive has worked both in and out of the UK at Government level on a range of assignments and was an advisor to the Department for Business and the CIPD on simplifying UK workplace disputes processes. He is a Non-Exec Director of an NHS Foundation Trust. He is the author of twelve books. His widely acclaimed book ‘Difficult Conversations 10 Steps to Becoming a Tackler not a Dodger’ and its accompanying training course were featured in The Sunday Times. The second edition of the book was published on 1st October 2014. He is currently studying towards an MSc in Business Psychology. In 2013 he started the ‘Senior Women’s Luncheon’.

He was awarded the OBE partly for his work in the field of workplace mediation in the Queen’s Birthday Honours List of 2011 and was commissioned as a Deputy Lieutenant in 2012. He is also a Philanthropist and has recently launched the Bridge Builders Mentoring Scheme. The scheme connects schools with business mentors to increase social mobility and employability amongst young males from disadvantaged backgrounds.

Kindness always wins! At Global Diversity Practice, kindness is at the forefront of everything that we are and everything that we do. So, we are delighted to announce that our CEO Farrah Qureshi has been selected as a Kindness and Leadership Leading Light for 2021! Joining the likes of Unilever CEO Alan Jope as one […]

The Global Diversity Practice (GDP) and US-based FutureWork Institute (FWI) have agreed a transatlantic partnership that means UK businesses will now be able to access its suite of five virtual e-learning platforms. The partnership will see the two organisations combining their global consulting reach to over 100 consultants on five continents in order to provide […]

This year, GDP became officially certified as a women owned business by WEConnect Europe, and a minority owned business by MSDUK. Whilst there is no legal requirement for private businesses to diversify their supply base, public sector organisations have to meet statutory equality duties, and networks such as WEConnect and MSDUK provide a platform for […]